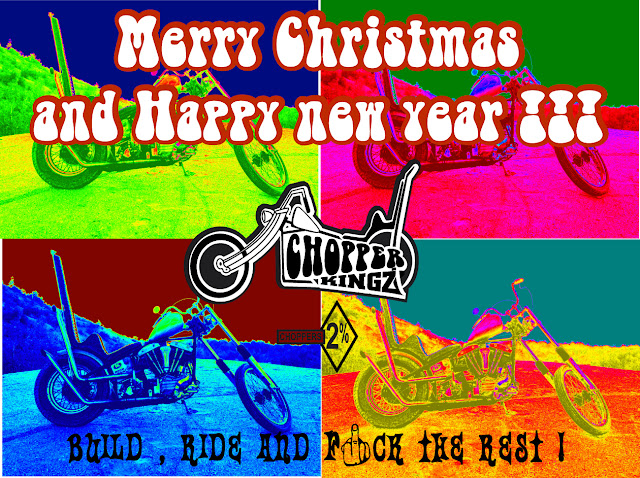 Last week end was the birthday of Lilly a good friend, she ride a 70's panhead ,
at this party we had the story of jerem shovel !!! Raoul  bought this bike in 85's ,he import this bike in France from belgium it was the second shovelhead in Rennes Britany in 80's !!He sold this bike at an other guy 25 years ago ,the bike stay in a garage with parts everywhere in this place and now The winner chopper come back on the road for a new life  in the same city 25 years after !!! Just Crazy !!!! 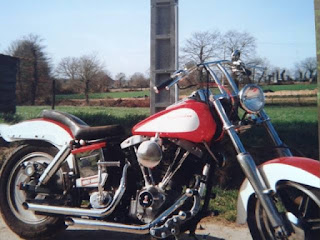 the Shovel in different style !! 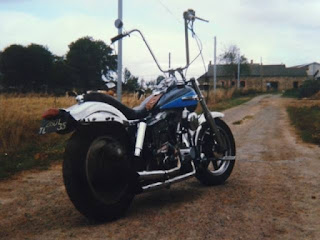 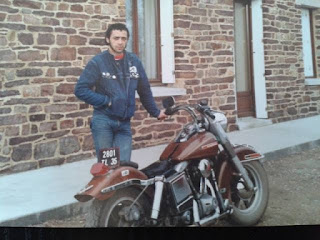 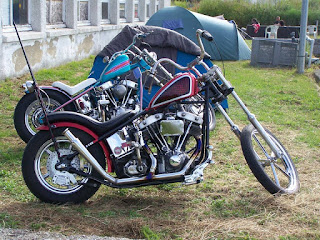 Old and new generation for the same bike ! 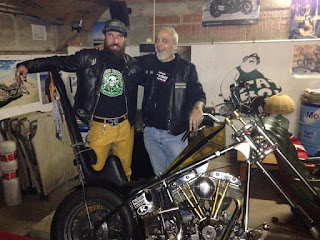 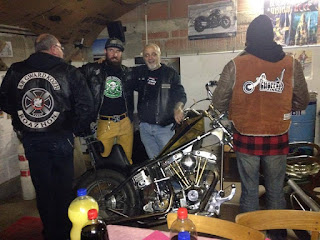